3D electron microscopy (3DEM) is revolutionizing the field of structural biology. Atomic structures of biomolecules are now being determined by 3DEM, due to recent advances in several key technologies, including methods for sample preservation, vastly improved microscopy optics and detectors, and novel methods for structure solution with advanced computing. Researchers are also taking an integrative approach, determining atomic structures of subunits with X-ray crystallography and NMR spectroscopy, then using them to build a large assembly based on data from 3DEM. 3DEM is proving to be a perfect complement to X-ray and NMR techniques, since 3DEM is most effective on large, complex assemblies, which are typically difficult to study by other methods, and does not require large quantities of material, homogeneous samples, or crystallization.

Structures from 3DEM are made publicly available in the PDB archive to help further scientific research and education. The PDB released its first 3DEM entry in 1991, the ground-breaking structure of bacteriorhodopsin. Since then, more than 1700 3DEM structures have been made available in the PDB archive, with more than 1000 released from 2015-2017.

A new flyer highlights Nobel Prize-winning research in cryo-electron microscopy and other PDB structures determined using 3DEM. Download the PDF or explore the structures at PDB-101. 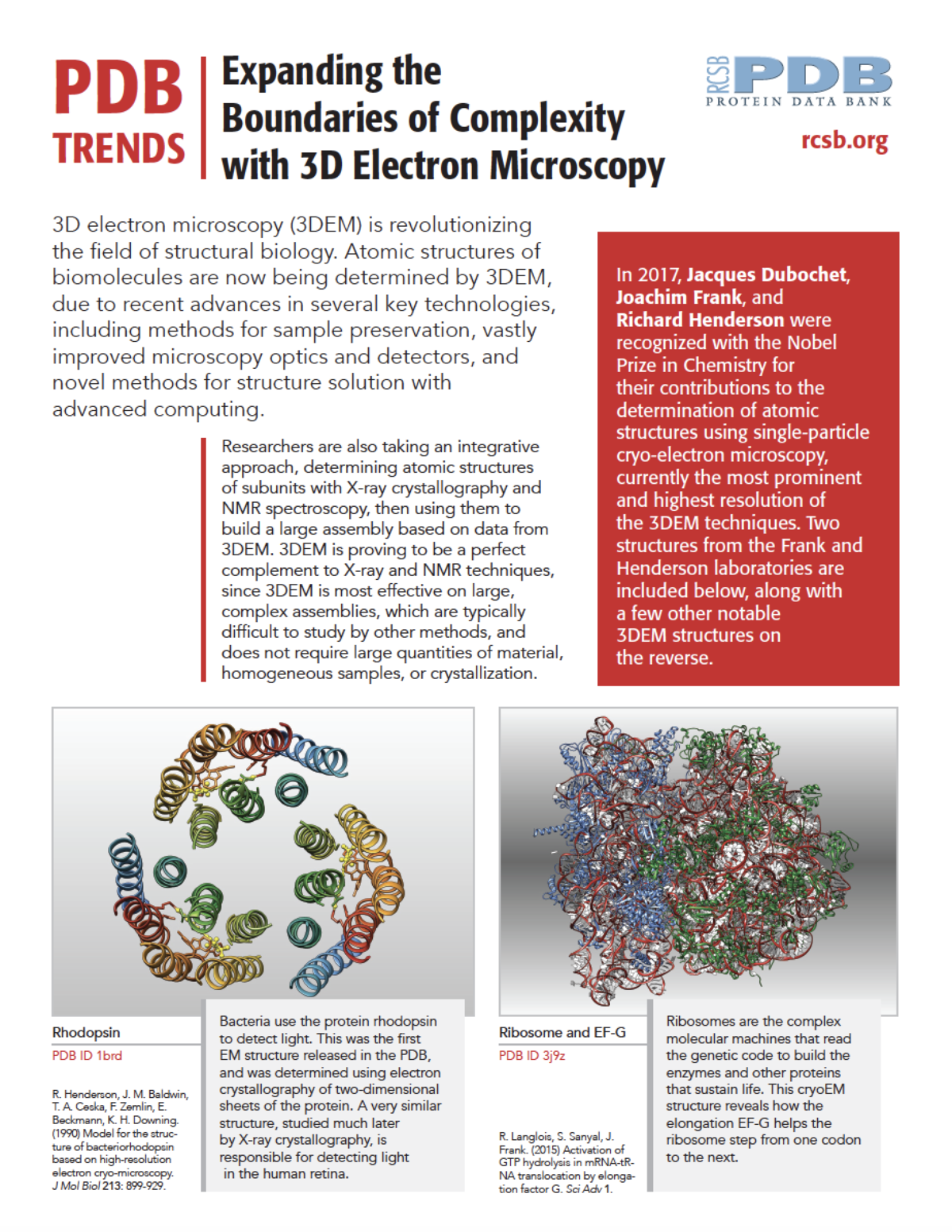 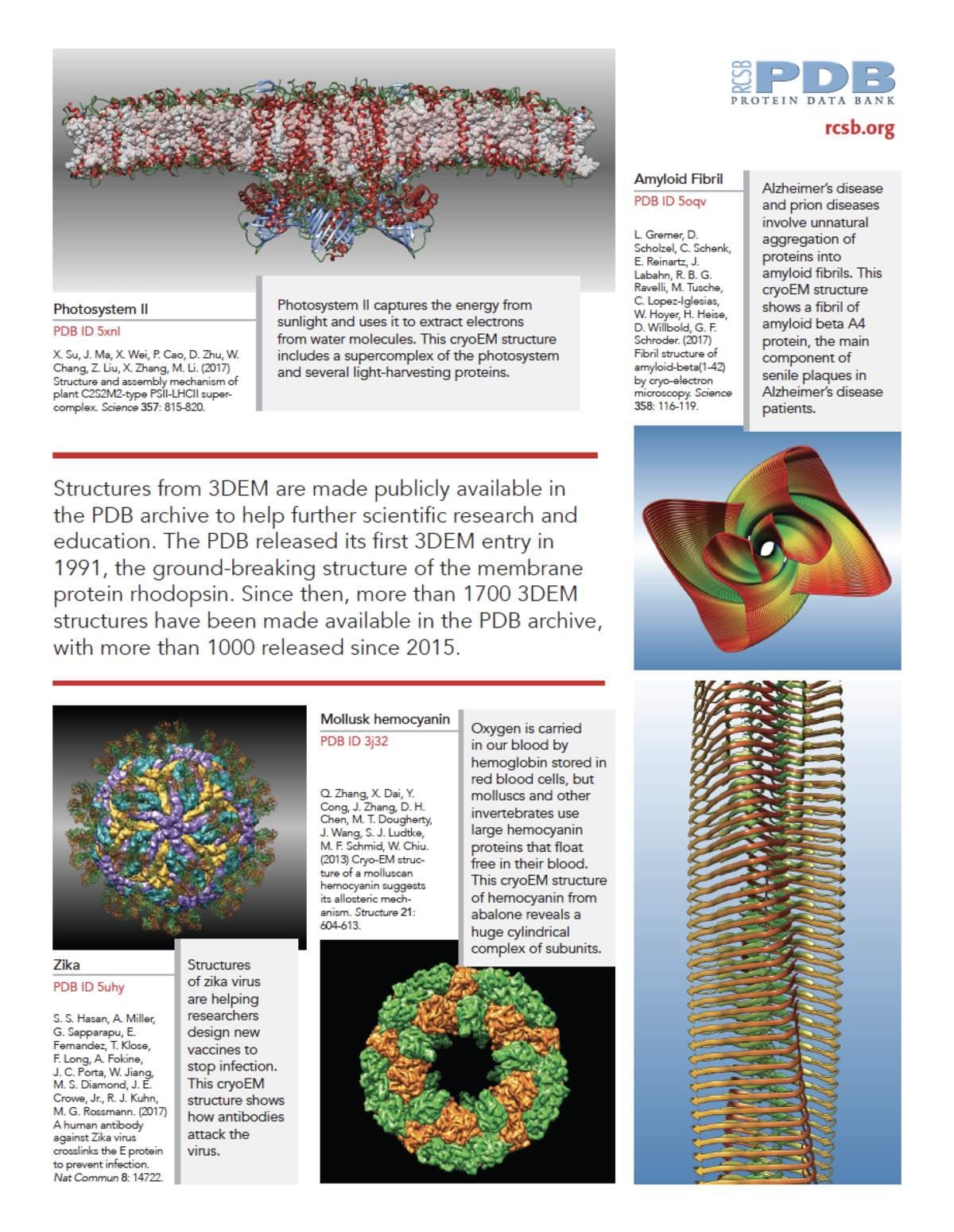