On May 10, 1950, Congress established the National Science Foundation to promote the progress of science, to advance the national health, prosperity, and welfare; and to secure the national defense. This year marks the 70th anniversary of NSF’s founding. 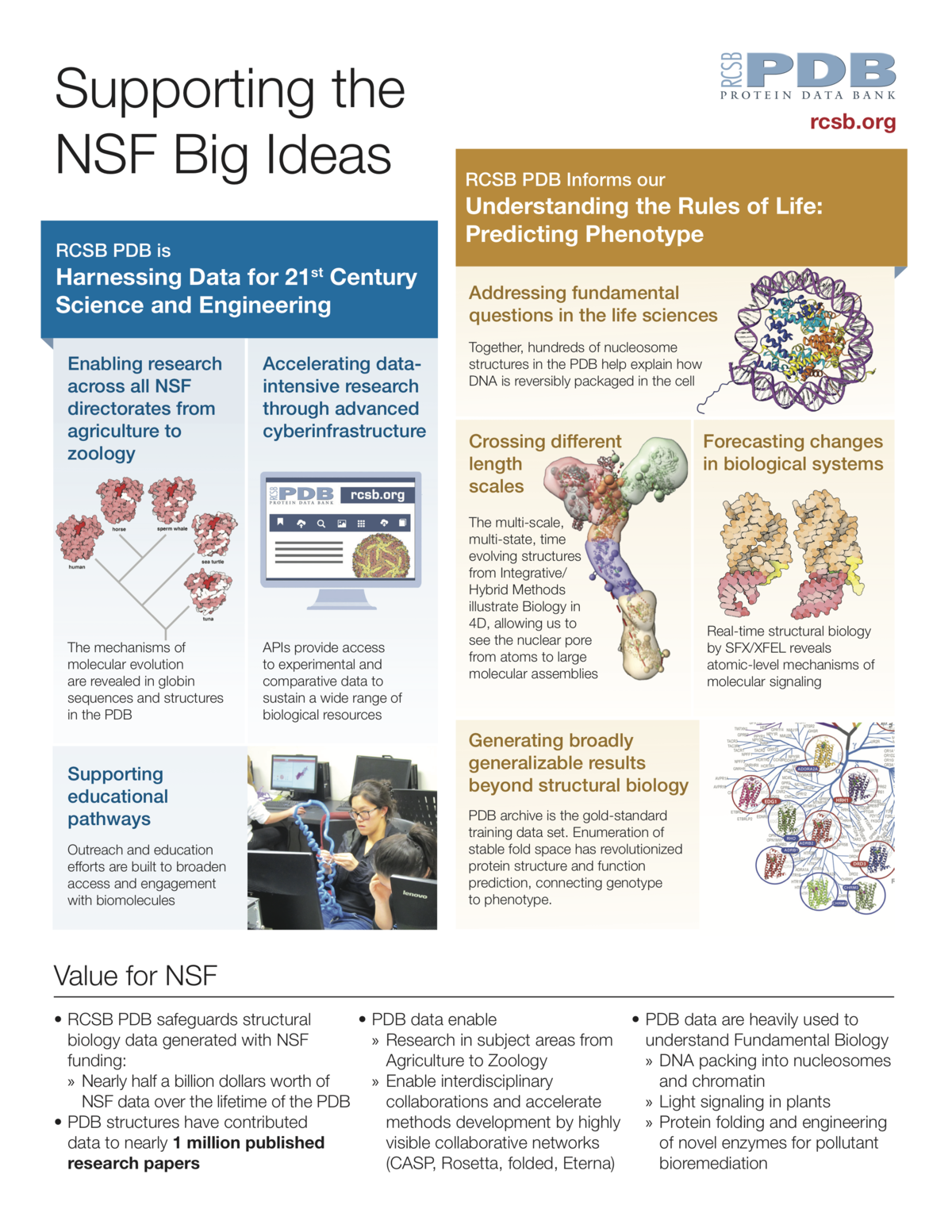 The NSF support for the RCSB PDB and PDB archive has been critical over the years. In return, RCSB PDB works with US Structural Biologists and users of the Cornell High Energy Synchrotron Source (CHESS) to enable research across all NSF directorates from agriculture to zoology.

RCSB PDB supports an international community of millions of users, including biologists (in fields such as structural biology, biochemistry, genetics, pharmacology); other research scientists (in fields such as bioinformatics); software developers for data analysis and visualization; students and educators (all levels); media writers, illustrators, textbook authors; and the general public.

RCSB PDB education efforts are built to broaden access and engagement with biomolecules. Features aimed at training the next generation of PDB users include the Molecule of the Month series, curricular materials and training guides, and individual research experiences for undergraduates.