Organization of 3D Structures in the Protein Data Bank

Biomolecules are hierarchical structures. For example, proteins are composed of linear chains of amino acids that (often) fold into compact subunits which then can associate into higher level assemblies with other proteins, small molecule ligands, and water or other solvent molecules. Biomolecules in the Protein Data Bank (PDB) archive are organized and represented using this hierarchy to simplify searching and exploration.

Relevance in Exploring the PDB

Understanding the hierarchy in these terms can help with exploring the PDB, searching for and identifying relevant structures, and visualizing/analyzing them meaningfully.

In summary, a deposited ENTRY contains one or more INSTANCES of at least one polymer or branched ENTITY arranged in one or more ASSEMBLIES. 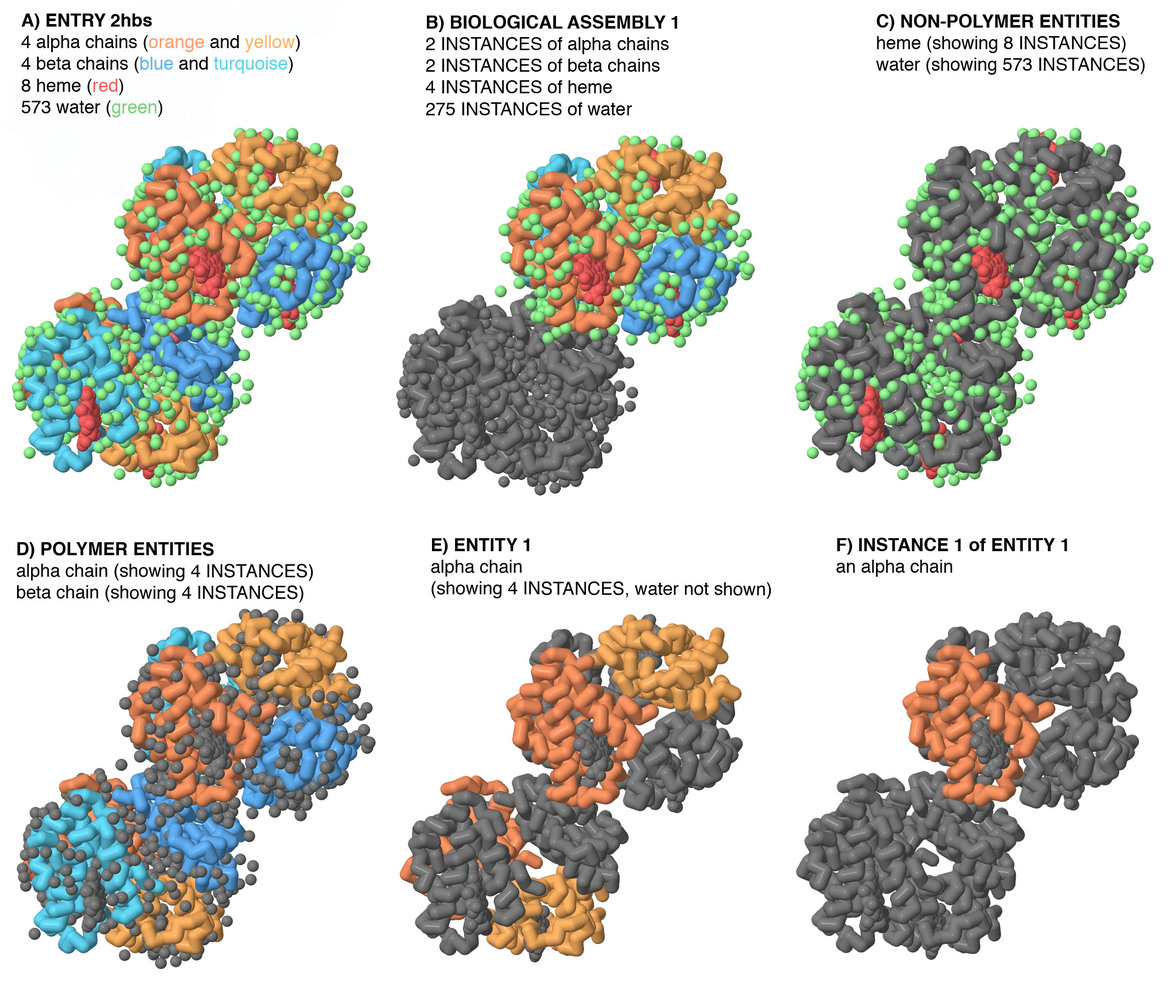